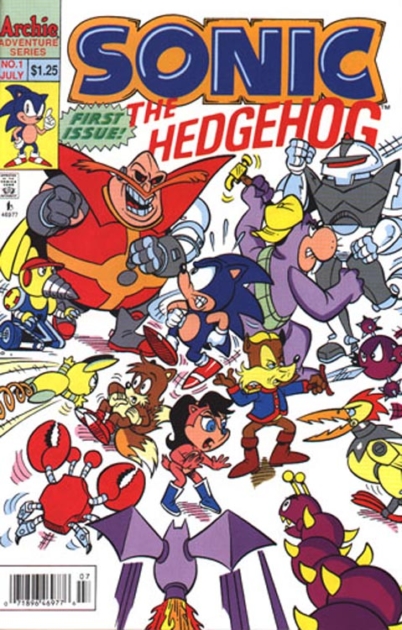 The longest running videogame comic of all time has been formally cancelled, as Sega announced the end of its Sonic The Hedgehog publishing partnership with Archie Comics. In a brief statement via the official Sonic The Hedgehog Twitter account, Sega noted that this decision “does not mark the end of Sonic in comics” and that a later announcement will reveal a “new direction for the series.”

Archie’s Sonic The Hedgehog comic was launched in in April 1993 and ran for 290 issues, opting not for cancellation and rebooting as so many American comics do. At the time of its last issue in December 2016, Sonic The Hedgehog was the longest continuously running comic series active in America. The series has been on hiatus since then, with issues up to 293 having been cancelled.

Over its lengthy run, the series became known for its own distinct take on the Sonic universe, mixing elements from the videogames, the former Saturday morning cartoon that ran in the early Nineties, and a healthy dose of original concepts. In an infamous case, the legal status of some original concepts was disputed by former writer Ken Penders, who was awarded the rights to his work and spun off The Lara-Su Chronicles as a result.

The cancellation sees Archie’s Sonic series finally join its transatlantic cousin Sonic The Comic, a British publication which ran from 1993 to 2002. We’ll hopefully see what Sega has in store for the series very soon…

An important update from SEGA regarding Sonic comics: pic.twitter.com/qy9BKkmIvA