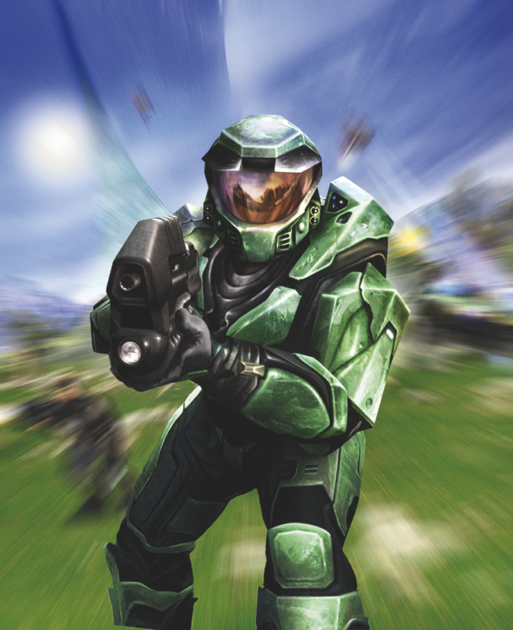 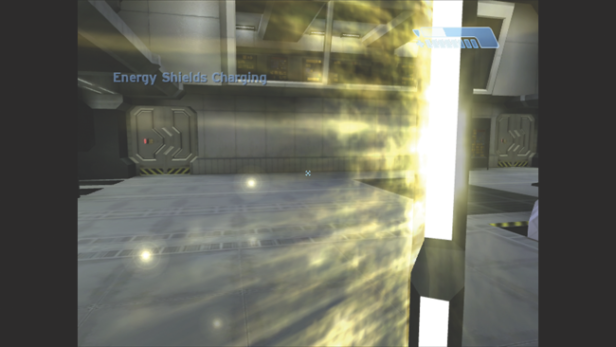 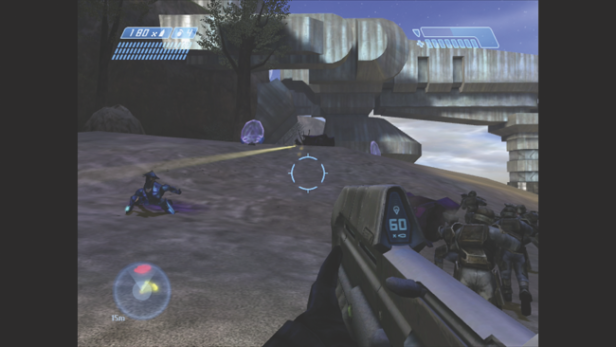 It’s easy to forget just how much of a deal Bungie’s first-person shooter was. Originally designed as a completely different game when it was first shown on Macs, Microsoft stepped in an bought Bungie and Halo for its new Xbox console. The end result was a groundbreaking first-person shooter that not only defined the single player campaign mode of many similar games going forward, but also turned hero Master Chief into one of gaming’s biggest icons. Here we go back to where the story first began.

When you think of Halo you think of multiplayer FPS and the importance of narrative in a game’s campaign – both very modern concepts. Indeed, the franchise modernised the FPS genre, leading to radical changes in the approach of rival series. So when a game is notorious for being ‘modern’, for being ‘fresh’, it’s hardly a surprise that you forget quite how old it really is. The original Halo debuted some 13 years ago, so we’re stepping back to remember just how it managed to revolutionise a genre. The enemies in Halo are brilliant, which each type reacting completely differently to each other.

The irony, however, is that Halo wasn’t born out of an intent to innovate shooters; in fact, it didn’t even begin life as an FPS. “We were in preproduction for over two years, starting back in 1999,” says Marcus Lehto, art director on Halo: Combat Evolved and the only developer to begin work on the game alongside Bungie co-founder Jason Jones. “The initial beginnings of Halo started out using Myth: The Fallen Lord’s engine and it was a truly open-world exploration game. Big, big, huge worlds; a block of islands that you could travel to. It was a top-down, Commando ‘lead your troops from the sky’ type of thing.” Though Bungie had already cut its teeth in both the RTS and FPS genres with Myth (1997) and Marathon (1993) respectively, it was still a fairly small-scale developer. Yet in spite of this relative obscurity the project was kept completely under wraps, even internally. “In those early days there was a ton of secrecy around Halo,” reveals Michael Evans, who would later become Halo’s lead multiplayer designer after shipping Oni. “I can’t remember ever seeing an internal build of the RTS or the third-person version of the game. I do recall playing a really early version of multiplayer which was just on rolling hills; I am not sure if there was even a game mode back then. A very early piece of Halo trivia is that there was a build where one designer’s head was much larger, to make him easier to headshot.”

In time the Halo team grew and what became apparent was the connection between the player, the world and how it was meant to be explored. The sense of openness and freedom had been a core concept for the game from the beginning, and a top-down view was just not going to work. “So we converted part of that game prototype into a third-person shooter,” states Marcus, ”and it lived as a third-person shooter for some time. It was really interesting, even at that early time, but it quickly became apparent for those early days that the kind of control and the kind of connect that we needed from a player perspective needed to be in first-person.” The Silent Cartographer is one of Halo’s best levels, really giving the sense that you’re part of a huge war.

It was around this time that Microsoft began to get involved with Halo; Microsoft was gearing up for the release of its debut Xbox console and it needed games. Interestingly though, Halo was originally scheduled to release on PC and Mac simultaneously – a fact that had been so important to Apple and its newfound approach to gaming at the time that Steve Jobs announced the news at the 1999 Macworld conference. However, Microsoft was so interested in Halo, so keen on the importance it could have for its newcomer console, that the firm bought Bungie in June 2000. “I think internally by and large we just wanted to make games,” recalls Michael, “and the Xbox was very exciting for PC game developers. There were some people who left and some people who Microsoft decided not to take on – often I think foolishly. After the Microsoft deal, the Myth and Halo teams moved to Redmond.” Though the acquisition was an appealing one for Bungie, none there could have predicted the effect it would have had on the aesthetic of Halo – a factor that would become key to its design. “[Microsoft] flew all of Chicago out to the Pacific northwest to the Seattle area,” adds Marcus. “We were struck by the amazing beauty of the cascade mountains, the ocean, all of the peninsula to explore and that massively influenced the landscapes of Halo: the exploration value of it, the sheer cliff walls, the big waterfalls and all of that kind of thing.” The change in scenery also influenced the freedom to explore in the game. “We felt that [Halo] provided a really unique sense of freedom for the player. Putting them into what is equivalent to a giant national park, for all intents and purposes, and allowing the player to free-roam and explore this giant natural wonderland that was the terrain of Halo.”

This freedom had as much effect on the gameplay as it did its visual design. “It was funny how that kind of worked,” says Jaime Griesemer, one of the key designers. “I think the open environments came before the open shoot design, if that makes sense. So we had these environments that we wanted to build that had lots of multiple paths and these big, wide-open areas – because we could do that for the first time really in a shooter – and we had to work out what that meant for our mission design. It wasn’t the opposite way where we were like ‘oh we want to have these free-form missions where you can do things in any order’. It was sort of forced on us by the fact that we had this environment and we can’t constrain what order you go through things, so we’re just going to have to make it work.” Halo’s regenerating shields are now used in pretty much everything, from Call Of Duty to Uncharted.

This sense of scale and exploration was something of a revelation for the genre, which at the time largely comprised two categories: enemy-packed kill rooms, like in Doom, or more linear, corridor-led games such as GoldenEye 64 or Medal Of Honor. As a result, the game’s name was important. It was Microsoft that later added the subtitle ‘Combat Evolved’ to Halo as part of a marketing decision to help it stand out from other military shooters of the time, a theme that was becoming particularly popular on the PlayStation. Whether it worked as a marketing exercise it’s hard to say, but what isn’t is how key this free-form method of gameplay was to Halo’s success – it felt completely new. Of course, alongside its more open environment and gameplay design came other problems, such as how to create enemies capable of tackling any number of potential combat actions. “We couldn’t possibly script an AI in this open environment that will be responsive and be able to react to all the different situations the player can create,” says Jaime, adding that Bungie had to “write an AI that can actually behaviourally be able to deal with all the situations”.

The inclusion of a regenerating shield, too, spun the genre on its head – a feature that has sadly spiralled out of control in modern-day shooters where you’ll spend most of the game cowering behind concrete blocks. Then there was the limit of only two weapons, adding to the free-form gameplay and creating a strategic element to proceedings. “I think the main goal with the Chief as a character was that he sort of always has the ability to use the tools that he has at his disposal well enough to accomplish his objectives,” says Jaime. “So you don’t always get to choose what weapon you’re gonna have, you don’t always get to choose what vehicle you’re gonna get, but the Chief is just so incredibly competent at everything that you’re going to be able to use whatever tool you can scrounge up that you’re going to be able to overcome whatever fight you’re in.” It was a solid decision and was just one of the many things that helped turn Bungie’s game into the defining shooter it is today. Bungie had plenty more tricks up its sleeves though…

You can read the rest of our Making Of Halo: Combat Evolved in issue 135. Buy it now from GreatDigitalMags.com