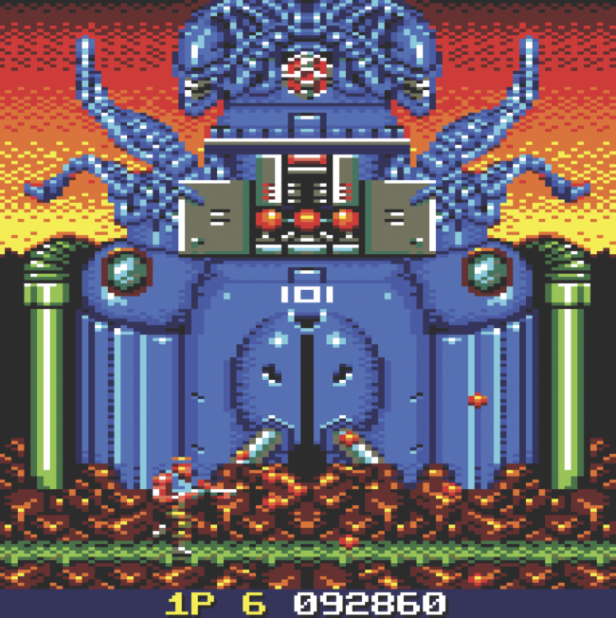 As an Amstrad owner you were used to receiving hand-me-down ports. The ZX Spectrum was far more popular in the UK, so you’d often have to put up with terrible ports of classic arcade games. Sure, efforts like Midnight Resistance and R-Type played well enough, but they didn’t make use of the Amstrad’s graphics and simply reinforced my friends’ opinions that it was a terrible computer.

Of course, even when you did have a developer code a game specifically for the machine, there was no guarantee that it was going to be any good. Take the US Gold conversion of OutRun for example, it’s a conversion so bad it kills any joy you may have had for the original game. Go through the stone bridges and it actually looks like you’re going backwards, it’s that painfully slow.

Thank goodness then that every now and then a game would come along and prove that not only could Lord Sugar’s machine deliver great-looking games, it could actually make its rival Spectrum and C64 ports look weak. Gryzor was one such game and even now it’s a great conversion. Many of us will actually know it as Konami’s Contra, which was a popular arcade run-and-gun from 1987. Ocean’s home conversions were released the same year, and the Amstrad version was particularly impressive. In fact it was amazing, probably the best possible port it could be.

Coded by John Brandwood, it features the same fantastic sprite design that he had also used in Renegade (which was published under Ocean’s Imagine label). It’s only flick-screen compared to the Spectrum and Commodore 64 versions, but it’s arguably a much tighter game to play. The controls are superb, with jumping and dropping between levels handled by pushing up or down on the joystick, while holding the fire button locks you into firing and enables you to crouch. It’s a solid system that really comes into its own on the into-the-screen sections that appear on every other level.

It effortlessly captures the style and gameplay of the arcade original, and ultimately that’s all you can ask of any 8-bit home computer. Play it today – you won’t be disappointed.