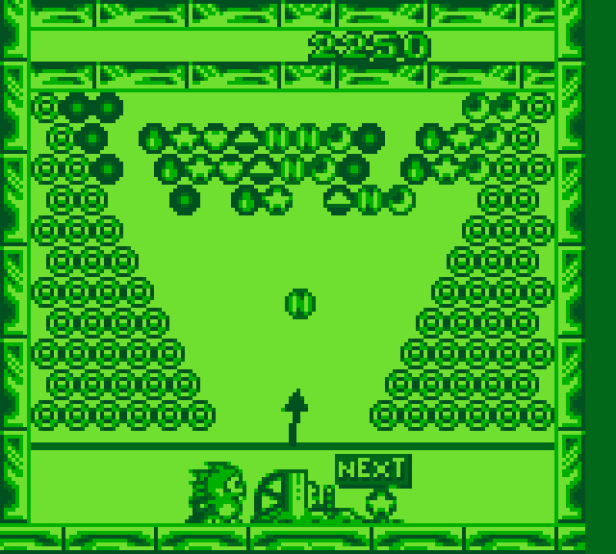 I generally consider myself quite lucky to be able to play videogames, as it’s not something to be taken for granted. One of my younger sisters developed arthritis at an early age, and eventually found that playing her Nintendo DS was just caused her too much pain to be worthwhile. There’s little that can be done to work around that, but other barriers to accessibility are sometimes overlooked. For example, I remember hearing of a friend of a friend whose experience with Sonic Mania was soured by the inclusion of the Mean Bean Machine boss, as they were colour-blind and this had never been a problem in previous Sonic games.

The person who highlighted this issue to me mentioned the Puzzle Bobble series as a good example of how to do things better, as the series has distinguished different bubbles with internal shapes as well as colours. As it turns out, this doesn’t just help players with visual impairments, either – it ensures that the game transfers surprisingly well to the original Game Boy. While it should be applauded that the game includes the full puzzle mode and the ability to have battles against the computer, all of this would be for nothing if you couldn’t work out which bubbles were which. Fortunately, the developers made the most of those various shapes and symbols to distinguish the bubbles from one another, since they had no way to use colour. It’s a good job too, as there’s no Super Game Boy support and playing it on the Game Boy Color doesn’t help at all. In fact, there’s a case to be made that it’s actually better than later Game Boy games that do support colour graphics, like the rather sluggish Bust-A-Move Millennium.

The WonderSwan version of Puzzle Bobble actually uses a similar technique to distinguish its bubbles, so the issue is one that can be addressed with a little thought. It’s a shame that’s still the exception rather than the norm, but games like Puyo Puyo Tetris 2 now include options for colour-blind players, so at least steps are being made in the right direction.