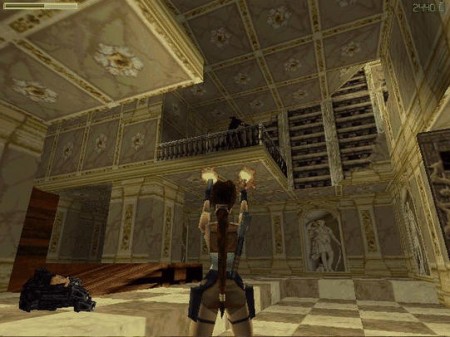 This time you'll have to search for the so called dagger of Xian, an ancient artefact. The gameplay is basically the same, you'll have to jump and climb at certain passages, solve little puzzles, mostly by pushing or pulling blocks to uncover new passageways, and fight different types of enemies.

Lara has learned a few new moves and now can even drive: one of the thrilling highlights in this game includes driving a motorbike!

The graphics still look gorgeous and combined with the sound add a lot to the thrilling and immersive atmosphere.

The game was also released for Sony's PlayStation.