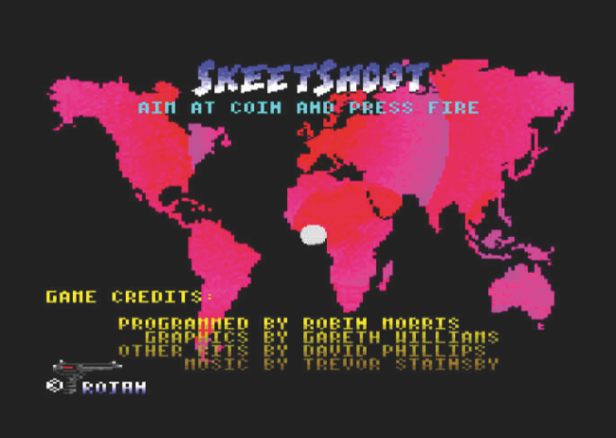 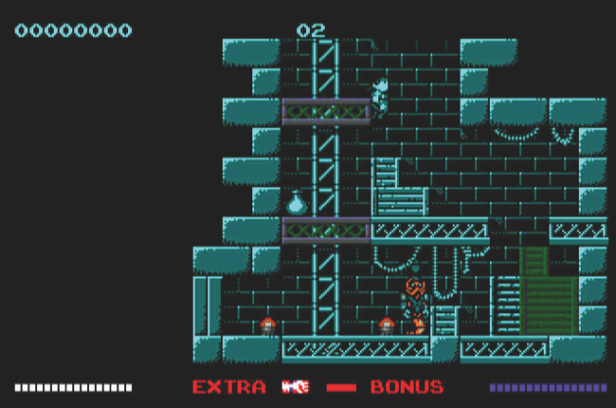 There are less than 40 games available on Amstrad’s disappointing console, meaning that it lacks the punch of many other systems. Despite this, we’ve still managed to find 10 games that everyone should own. How many have you played?

Pro Tennis Tour
Released: 1990
Fast, smooth and with realistic looking players, technically this was the best tennis game produced for the Amstrad… full stop. That it was available on the GX4000 gave people a reason to buy the console, especially as Ubisoft enhanced the graphics and tweaked the gameplay so that, while not totally realistic, the way that you hit the ball had an effect on where it ended up. And that, looking back, was something of a bonus. There was a slickness to Pro Tennis Tour that makes it playable today. Although it is possible to hit a ball that has seemingly flown past you, the incredible attention to detail and the range of tournaments available, from Wimbledon to the French, Australian and US Opens, made it a welcome GX4000 addition. Robocop 2
Released: 1991
Time hasn’t been particularly kind to RoboCop 2, the obstacles that are strewn before our hulking metal-clad, law-enforcing hero proving more frustrating than challenging when romped through today. Back in its Amstrad GX4000 day, however, this cartridge-only release was the console’s shining light and, to be honest, there is more than enough in this platform game to make it well worth a full playthrough again, if only to experience the smooth scrolling, the great use of the hardware sprites and a beautiful blend of eye candy colours, all carefully drawn to make the screen ooze atmosphere. Can this compare to a 16-bit release? The answer would, graphically at least, have to be a positive. Batman: The Movie
Released: 1990
When you play the first level of this Ocean licence – the third Batman game released by Ocean – you are instantly sucked in. Few can resist playing as the Caped Crusader, especially in a game based on the gloomy, yet cool, 1989 classic movie. Also, being inside a factory and aiming weapons at wave after wave of baddies in an iconic and most memorable first level was, 18 years ago, almost worth the £25 price tag alone. It didn’t add anything new to the bog-standard CPC version, though, and the side-scrolling Batmobile level, the third/puzzle level and the change to fly the Batwing were ultimately disappointing. Burnin’ Rubber
Released: 1990
Bundled with the GX4000, this was the game that got hearts racing and it was the first title that most, if not all, of the console’s gamers played. In a lot of cases, it was also the last due to the lack of GX4000 games available, but its impressive graphics and the brilliant crash scenes showed the capability of Amstrad’s offering and placed it in pole position when it came to finding the best 8-bit racing game of all time, in terms of visuals anyway. As long as you had the stamina to keep going without running out of time, you’d be awarded with engaging fun, the joy of seeing the sky change from day to night and some amazing crashes. Pang
Released: 1991
There were, to excuse the pun, pangs of jealously when this game was released as a cartridge-only GX4000/Plus game, mainly because it was a title that most CPC gamers wanted. The desire was so strong that indy developer Elmsoft – aka Elmar Krieger – produced his own version, Zap T Balls that, while not as good, at least gave CPCers something to get their teeth into. Popping balloons, seeing them split into two and trying to eradicate the lot was so much fun and it was made even better for the fact that the GX4000 enhanced it with graphics that took that jealousy to a whole new level. Klax
Released: 1991
One of the most ported falling-tiles games in history is – putting Tetris to one side – none other than Klax. And on the GX4000, a console that only had Ocean’s Plotting as a rival, it was a must-have purchase. Having said that, it didn’t come without some disappointment since it was identical to the standard game released on the CPC and it made very little use of the extra capability (much like Plotting). If Klax wasn’t such a legendary, addictive game, it wouldn’t actually warrant being in this Perfect Ten because of this lack of ambition. But there were so few games on the GX4000 that, if you take the game at face value, it’s worthy of an inclusion. Navy Seals
Released: 1991
With graphics as astounding as RoboCop 2’s, Navy Seals showed more than a hint of the capability of the GX4000. As a cartridge-only release, it made use of the console’s extra features, boasting smooth scrolling and excellent animation. But the game was as hard as one of the five heroes you played, mainly because it wasn’t a case of storming into the terrorists’ HQ with all guns blazing. Instead, you had to take a more measured, stealthy approach as befitting a member of the prestigious Navy Seals. It’s a shame the title was so difficult as it put many off venturing past the first level. With perseverance came great reward, however. Switchblade
Released: 1991
Gremlin Graphics excelled itself with this platformer that some may argue was the best game on the console. It used the machine’s Mode 1 – a 320 by 200 resolution. Whereas the old CPCs were constrained to just four colours in that mode, (as opposed to the 16 that could be used in the lower-res Mode 0), the GX4000 could handle more. And so when you put the original CPC version next to the cartridge one, you can see the difference with extra colour and elegance. While that is the only real difference between the versions, it nevertheless showed that, had the GX4000 been successful, it was possible to push otherwise unheard of CPC boundaries. Skeet Shoot
Released: 1991
Using the Amstrad GX4000’s lightgun – and yes, there was one actually available for the princely sum of £30 – you could play Skeet Shoot (and pick up Enforcer later, had you some spare cash knocking around). Predictably, Skeet Shoot was a bloodless shooter in which you had to blast clay pigeons out of the sky. The geese that flew around the screen oozed liquid when they were hit, but that was about as gruesome as the game ever got. Skeet Shoot is one of the rarer games, mainly because to pick one up today you would have to find the lightgun that didn’t sell all that well either. It’s not a particularly wonderful game via an emulator (and neither, if you’re asking, is the Untouchables-esque Enforcer). Fire & Forget II
Released: 1990
This sequel to Fire & Forget, a game that was released two years earlier, had three aims: kill, kill and… er… kill, basically. And as you scoot through the game’s five levels in your Thunder Master II, you will be busting more terrorist butt than you could ever possibly imagine, firing missile after missile and taking to the air. The road is long – at times a little bit too long – and it can soon get rather tiring and somewhat repetitive, but driving you on is a deep down desire to keep taking pot shots at the enemy and it’s certainly different to a regular run-of-the-mill shoot-’em-up. With much excellent, if spartan, graphical elegance to feast your peepers on, Fire & Forget II is certainly one worth taking a run out with.