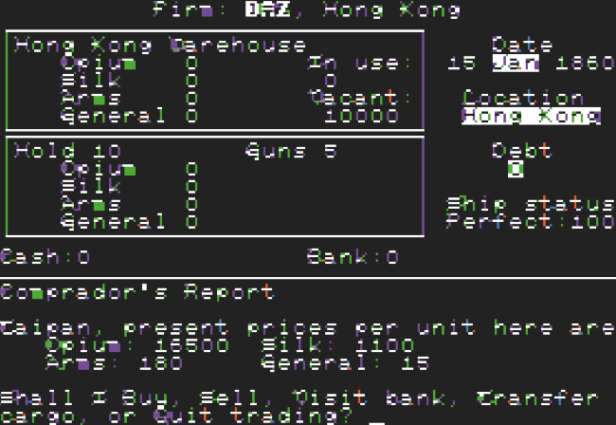 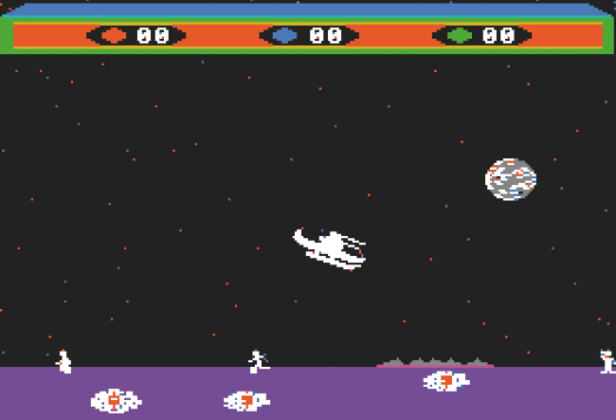 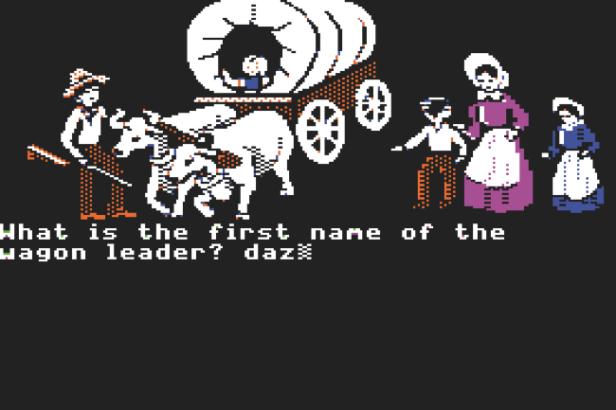 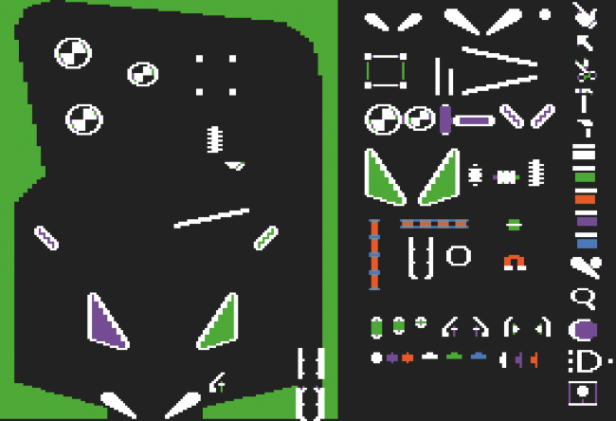 The Apple II was an incredibly powerful computer in its teeth with a range of fantastic titles available for it. Many of today’s prominent developers, including Jordan Mechner and John Romero cut their teeth on the machine, making it an incredibly important computer. Here’s our ten personal favourites. How many have you played? The Bard’s Tale
Released: 1985
As with the excellent Ultima series, The Bard’s Tale takes inspiration from TSR’s Dungeons & Dragons. Here, though, the influences are far more pronounced, with the player able to take control of a group of up to six adventurers whenever he wants to go dungeon-delving. Famed for its impressive 3D visuals and excellent animated portraits – although combat itself is text-based – The Bard’s Tale is a magnificent adventure that offered a huge amount of choice to the player and improved immeasurably on previous dungeon crawlers. Originally released on the Apple II and published by EA, it went on to be ported to numerous home computers and spawned three sequels and a construction set. Pinball Construction Set
Released: 1983
Bill Budge’s 1983 effort holds the record for being the first construction game to appear on any home system. Following on from his popular pinball effort Raster Blaster, Pinball Construction Set featured an amazingly easy control system that made creating tables an absolute breeze. Objects could simply be dragged and dropped around the screen, while the already-impressive physics could be tweaked. Another fantastic touch was the ability to save your created tables to a floppy disk and trade them with friends. It also happened to play a great game of pinball. The game was honoured at the 59th annual Technology & Engineering Emmy Awards in 2008. The Oregon Trail
Released: 1978
Unlike the other titles featured in this top ten, The Oregon Trail is an educational game. Don’t let that put you off, though, for like the Beeb’s Granny’s Garden, it’s a highly entertaining piece of work. Following the famous trail, your travellers can die, and you must hunt for food by typing in words as fast as you can. Due to its popularity across American schools, it was re-released in 1985 with greatly improved visuals and expanded hunting, with the ability to use a rifle to gun down targets. The Oregon Trail was originally built on a mainframe computer before it appeared on the Apple II. Karateka
Released: 1984
Before Prince Of Persia became a huge success there was Karateka, a surprisingly refreshing fighter that made its debut on the Apple II. Designed by Jordan Mechner while he was still attending university, Karateka features many of the blueprints that would eventually mould Prince Of Persia. Animation is wonderfully fluid; combat, while simplistic, works extremely well; and there’s an epic feel that’s missing from many similar fighters. Karateka’s most impressive trick, though, is how it was able to tell a convincing story through animation and gameplay. An utterly captivating experience. Choplifter
Released: 1982
If you want to know just what Apple’s machine was capable of, Choplifter is a perfect example. Amazingly slick with polished visuals, it’s a startlingly good blaster that is beautifully balanced. While it initially appears to be a straightforward shoot-’em-up at its core, the lack of an actual scoreboard means that you’ll spend just as much time working out how to save hostages as you will trying to blast the enemies that are intent on stopping you. Immediately accessible yet extremely hard to master, Choplifter’s quick gameplay and instant appeal saw it translated into a Sega coin-op in 1985. Ultima 1: The First Age Of Darkness
Released: 1981
With its dramatic box art, D&D influences and atmospheric visuals, it’s little wonder that Ultima became such a success. Its plot – an evil wizard plots to take over the world – may seem trite, but it’s an immersive experience. It obviously drew influences from popular role-playing games and the works of Tolkien, but Garriott’s attention to detail gave players an experience unlike anything else. Interestingly, it was remade for the Apple II in 1986 and not only enhanced the visuals but also sped up the gameplay considerably. Lode Runner
Released: 1983
We’ve lost count of the numerous iterations of Lode Runner. In fact, the only thing our addled brains can remember is that the Apple II version felt like the arcades had come home when we first laid eyes on it. Like the best Apple II titles, Lode Runner impresses because it feels so polished when placed against many of its peers. While the visuals are on the tiny side, it allowed Smith to create some truly memorable levels that still prove challenging today. Such was its popularity, it was ported to the arcades a year later and received countless conversions. Beyond Castle Wolfenstein
Released: 1984
Hideo Kojima is commonly recognised as creating the world’s first video stealth game, but the kudos rightly belong to Apple II maestro Silas Warner. Released three years after Castle Wolfenstein, which itself predates Metal Gear by six years, Warner’s sequel ups the stealthy gameplay by introducing plenty of new mechanics that greatly improve an already-excellent game. A knife can be used to pull off stealthy kills, while there is more focus on impersonating guards and using passes to progress deeper into Hitler’s bunker. Aurally it’s also impressive – as you’d expect from the creator of The Voice – further deepening the atmosphere of exploring the large game world. Prince Of Persia
Released: 1989
Released five years after Karateka, Prince Of Persia was a revelation to Apple II owners. Inspired by Raiders Of The Lost Ark, Mechner’s masterpiece was a fantastic fusion of hardcore platforming, exploration and exhilarating combat that captured the spirit of adventure flicks. A sensation thanks to its incredibly slick visuals – Mechner used rotoscoping of his brother leaping and running around to pull off the spellbinding animation – Prince Of Persia turned into a phenomenal success, and it’s little wonder that so many gamers continue to love the Prince’s exploits. Taipan!
Released: 1982
Not to be confused with either Ocean’s interesting 8-bit adventure nor Australia’s venomous snake, Taipan! is an intriguing turn-based strategy game that offers a surprising amount of depth. Loosely based on James Clavell’s novel Tai-Pan, Mega-Micro Computers’ effort placed you in the shoes of a trader who must make his fortune via trading and piracy on the high seas. It’s a truly enjoyable strategy title that’s made all the better because you have so much choice when you’re playing. Your ship can be upgraded, loans can be arranged, extortionists must be avoided, and there are seven distinct ports to trade with. A dazzling effort that remains highly enjoyable.