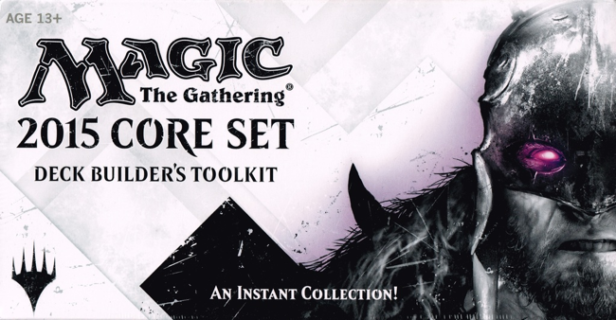 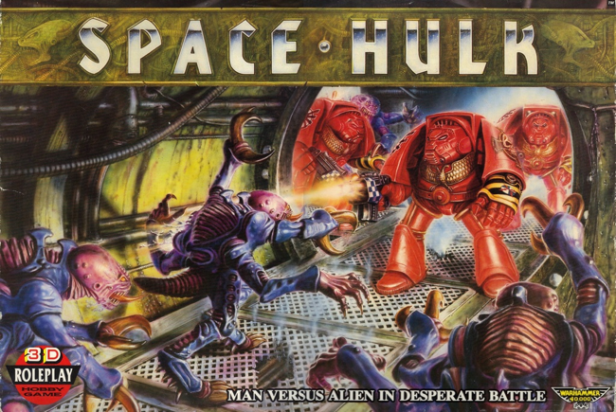 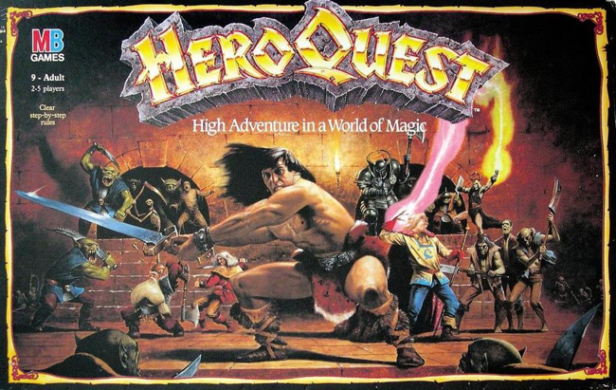 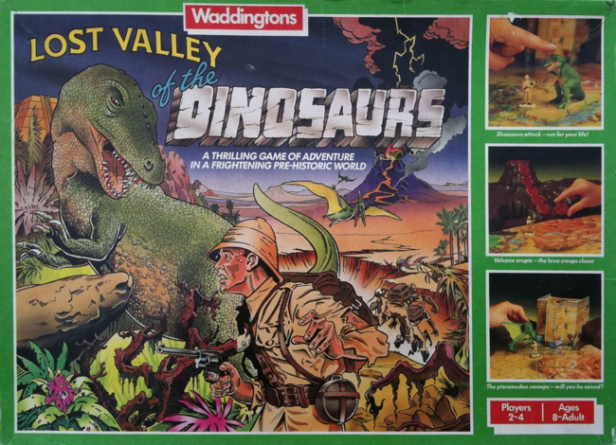 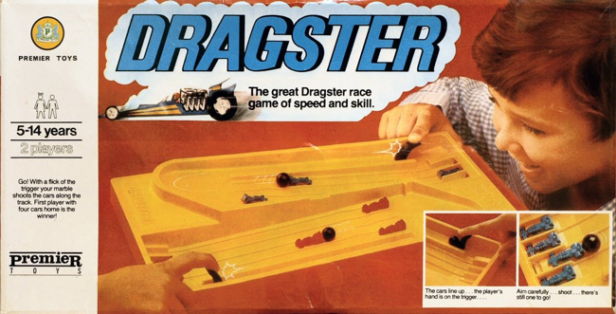 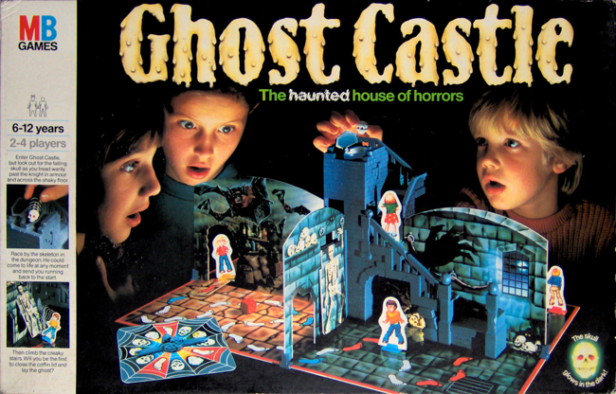 As some of you may well know Darran enjoys the odd board game or two. Here’s his list of essential classics. How many have you played?

Ghost Castle
Released: 1970
The aim of Ghost Castle was to traverse a spooky castle. The board was split into four areas that were loaded with deadly traps that could go off at any time. As players moved around the board they would take turns on a spinner. If the skull came up you had to drop the glowing skull into the chimney found in the board’s centre. It would then randomly activate a trap that could take out a player if they were too close. While the core gameplay was admittedly rather simple, not knowing where the skull would strike next added a great sense of drama to proceedings. Even older gamers will remember it as Which Witch. Dungeon
Released: 1975
This classic board game from the mid Seventies is considered an early predecessor to Dungeons And Dragons. Players chose from a variety of heroes and must travel into the depths of a dungeon to retrieve a specific amount of treasure. The board is divided into different sections with each representing deeper levels and more significant foes to encounter. There’s plenty of treasure to collect, you can perform simple tasks like search for secret doors and it’s even possible to cast spells. The combat system is heavily reliant on chance and its possible to die immediately if you’re a little unlucky, but Dungeon remains an entertaining game and one of the earliest examples of the dungeon crawler. It’s recently been released making it perfect for youngsters. Dragster
Released: 1976
This brilliant little dexterity game emulated the excitement of drag racing. You have four cars and must get them to the finish line by flicking a marble at them. Should the marble connect it will push the dragster that little further to its goal. The game ends when all four cars are in their bays. There’s a stupid amount of luck involved with Dragster – it’s incredibly hard to judge how hard you need to flick your marble –but it was compensated by the insane, fast-paced nature of the game. An instant classic. Pac-Man
Released: 1980
The popularity of Eighties arcade games saw a whole host of them being converted to board game form. While some of them were a little hit and miss, titles like Pac-Man continue to shine to this day. Unsurprisingly, the aim of Pac-Man is to race around the maze and gobble up as many power pills as possible. Players must avoid ghosts and the other players and roll dice to see how far they can move. The gameplay is incredibly simple, but so too was the original game. What makes Pac-Man so great is how wonderfully tactile eating the pills feels (you push your Pac-Man down on them to swallow them up). If you are looking for similar games to try we’d also recommend Donkey Kong and Frogger.

Crossbows And Catapults
Released: 1983
Think of this as a physical version of Rampart and you won’t go far wrong. Players build fortifications and then must withstand assaults from each other. You do this by firing bloody great catapults that can potentially wreck your opponent’s base with some well-timed shots. When it was first released in the early Eighties battles took place between barbarians and vikings. This was changed in later versions, with the most recent version (2007) being a clash between orcs and knights.
While there’s a fair amount of strategy involved in the building of your actual base, it’s the physical side of Crossbows and Catapults that makes it such a timeless classic. Lost Valley Of The Dinosaurs
Released: 1985
Older gamers should have fond memories of this classic board game. Set in a mythical lost valley, the aim was to collect coins whilst avoiding being eaten by the many dinosaurs that stomped around. In addition to a large number of T-Rexs, there was also a Pterodactyl that could swoop in and catch a hapless player in its jaws. Add in a dangerous swamp monster found in the centre of the board and a leaking volcano and Lost Valley Of The Dinosaurs had all the hallmarks of a cardboard classic. Escape From Atlantis
Released: 1986
This was released in the early Eighties by Waddingtons, the same company that delivered Lost Valley Of The Dinosaurs. The aim of the game has you escaping from the sinking city of Atlantis, ideally by jumping into a boat and making your way to a nearby island. Unfortunately, Atlantis is teaming with monsters, from dangerous sharks and sea monsters, to boat-destroying whales, so you’ll really have your work cut out. Add in the fact that the island itself is slowly sinking into the sea (a piece is taken away each turn) and the task becomes harder and harder. Like Lost Valley Of The Dinosaurs, it’s squarely aimed at younger gamers and features lovely playing pieces. It was recently re-released as Survive! Escape From Atlantis. Hero Quest
Released: 1989
This is it. This is the one that many will have fond memories of. Created by Games Workshop and Milton Bradly, Hero Quest was designed to act as a stepping stone to later Games Workshop games. While the original game was extremely popular, it’s sequel, Advanced Hero Quest. Didn’t quite have the same impact.
Hero Quest saw one player running the game and the others playing adventures, think Dungeon & Dragons the board game and you’d have an idea what to expect. The cool thing about Hero Quest though was that all sorts of cool dungeons could be created from a single board by simply blocking off exits or using certain rooms.
It remains an enjoyable, if simple game, perfect for youngsters and even received a digital release courtesy of Gremlin Graphics. Space Hulk
Released: 1989
Forget the recent videogame that was released and stick with the original, which was itself heavily inspired by the classic movie Aliens.
Space Hulks were derelict space ships full of dangerous Genestealers. One player would take control of a group of heavily armoured Space Marines, the other would control the aliens. One great little touch was that Genestealers were represented as blips and their true numbers would only be revealed one their enemy was in line of sight (potentially causing all sorts of carnage).
Set in the Warhammer 40,000 universe, Space Hulk drew acclaim due to its well-balanced gameplay mechanics, excellent model work and large number of interlocking tiles that allowed you to create all sorts of different scenarios. A fourth edition was reprinted this year, but is now sold out. It now goes for a pretty penny online. Magic: The Gathering
Released: 1993
Okay this one is still going strong, some 21 years later, but that’s just a testament to how good the original design was. Players take on the role of powerful wizards called Planeswalkers and must battle each other in a duel to the death. Although players typically win by reducing their opponent’s life force from 20 to 0, it’s also possible to deck an opponent by running them out of cards. A large number of different cards exist, and are typically cycled out after a certain amount of time to ensure the game’s popular tournament scene is kept fresh. It’s success led to other popular collectible card games, including Yu-Gi-Oh! and Pokémon.