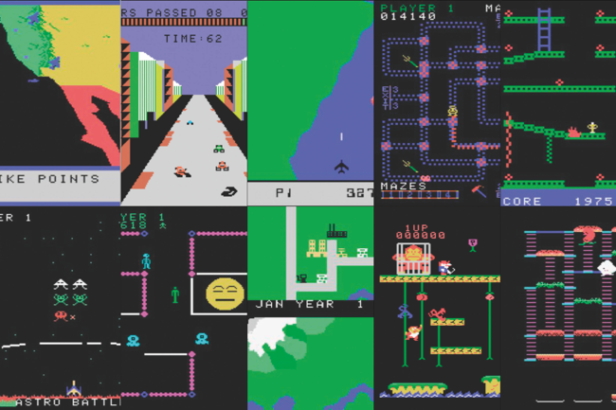 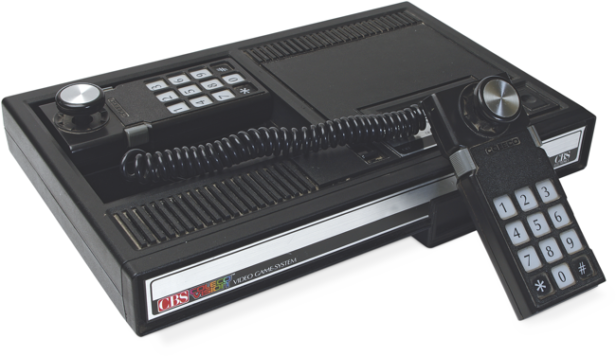 The ColecoVision didn’t get an amazing run due to the videogame crash of the early Eighties. Those that own one swear by it, due to the large number of polished arcade ports available for it. We’ve put together ten of its best games, so if you are considering buying the console, these are the games to get first. Burger Time
Released: 1984
One thing that constantly impresses with the ColecoVision is the sheer number of excellent arcade ports that are available for it. Coleco’s port of Burger Time is easily one of its best, and the end result is an incredibly faithful conversion of the cult arcade coin-op. Animation throughout is superb, with the large, well-animated sprites rarely suffering from flickering, while the gameplay is extremely close to its arcade parent. Pete doesn’t feel quite as fast as he did in the original game, but a choice of four difficulty levels and excellent, tight controls ensure that Burger Time will be a game that you’ll constantly find yourself returning to. Highly recommended. Fortune Builder
Released: 1984
Predating SimCity by a good five years, Fortune Builder is an extremely polished sim that proves that there was more to Coleco’s machine than just arcade conversions. Initially you’re presented with a large space of land, but you’re soon able to build a staggering range of items, ranging from simple roads to apartments and even casinos. The aim is to ensure that your city reaches a certain value, but your success can be hindered by random events like rampaging termites. For all its addictiveness, Fortune Builder really comes into its own with the addition of its insanely polished two-player mode that allows you to compete or work together in order to make the best city. Gorf
Released: 1983
As with every other official port of Jamie Fenton’s coin-op, the ColecoVision version is missing the ‘Galaxians’ stage. That omission aside, this is nevertheless an excellent arcade port and is miles above anything on similar consoles at the time. It’s missing the cool speech from the original, but otherwise the sound is strong, mimicking its arcade parent. Visually it’s also impressive, with well-detailed sprites that perfectly capture the spirit of the arcade hit. Best of all, though, is the gameplay. Yes, the missing stage is a pity, but the excellent collision detection and controls certainly make up for it. Turbo
Release: 1982
The astonishing Turbo can only be played with the ColecoVision’s steering wheel controller. With that caveat out of the way, let’s examine one of the machine’s most impressive games. While not a racing game like other titles on the system – you’re simply rated on how many other cars you pass – Turbo remains one of the best examples of the genre. Not only is the sense of speed sensational, but the graphics are phenomenal, with huge buildings that other racers of the time could only dream of. An unforgettable experience and easily one of the ColecoVision’s best ports. River Raid
Released: 1984
Activision released plenty of its Atari games on the ColecoVision, with many of them being superior to the 2600 versions. River Raid is no different, and even after a quarter of a century, this port remains brilliant fun. The sprites are more refined, the scrolling is smoother and everything feels that little more polished. Ultimately, however, it’s the enduring gameplay that grabs you, and River Raid’s blend of strategic shooting – blowing up fuel barrels gives you points, but reduces the available fuel – and hectic blasting ensures that you’ll never become bored of it. Frenzy
Released: 1984
Frenzy wasn’t ported to many home systems, but as we mentioned in last month’s issue, the ColecoVision version really is an impressive port. The controls are responsive, allowing you to navigate each room with ease, and collision detection is as tight as a proverbial drum, while the AI ensures that you’ll find plenty of challenge. Graphically it delivers thanks to a minimum amount of flicker, authentic sprites and solid animation of the lead character. Ultimately, though, it’s Frenzy’s frantic gameplay that will keep you returning. Another great game that shouldn’t be missed under any circumstances. Wargames
Released: 1984
With so many great arcade ports, it’s refreshing to add an original ColecoVision game to the list. The nearest descendent to WarGames is Atari’s Missile Command. The difference here, however, is that you’re defending the United States, and you have to nip between each section and see off the incoming missiles. The end result is an amazingly hectic experience that really cranks up the tension as you desperately try to fend off increasingly tough waves of warheads. The aesthetics are fairly simplistic but you’ll be having so much fun that you simply won’t care. Jumpman JR
Released: 1984
Yes, the conversion of Donkey Kong is impressive, and yes, Miner 2049er is extremely polished, but this superb effort from Randy Glover and Chris Capener is definitely our favourite ColecoVision platformer. The visuals are pretty uninspiring, but it matters not as the frantic gameplay is absolutely sublime. There are 12 stages to make your way through as Jumpman bounds across each stage in his pursuit of bomb. It may not be the most jaw-dropping-looking ColecoVision title, but in terms of gameplay it’s virtually unmatched and a must for platform fans. Pepper II
Released: 1983
Think of a cross between Pac-Man, Qix and Amidar and you’ll have something in your mind’s eye that quite possibly resembles Pepper II. A port of Exidy’s 1982 coin-op – we’ve no idea what happened to the original Pepper, or if it even existed – each screen is full of mazes and enemies and is highly reminiscent of Konami’s excellent Amidar. The difference, however, is that if you re-cross a line you’ve re-painted it will open up again, which adds a great level of strategy to proceedings and is further enhanced by the fact that you can actually play across four different stages at the same time. Yes, it’s another arcade port, but another we heartily recommend. Donkey Kong Jr
Released: 1983
Donkey Kong may have been a pack-in and a huge success for Coleco’s marvellous machine, but we actually prefer Donkey Kong Jr. It’s missing one of the levels from its arcade parent, but this is another predictably good arcade conversion that has you scaling chains as you try to rescue your dad from an irate Mario. Gameplay is extremely smooth; the large visuals do a great job of capturing the cartoony sprites of the arcade original, while spot-on collision detection means that you’ll never lose a life unless you messed up yourself. It’s not quite arcade perfect, but this is another cracking conversion that leaves the Atari 2600 effort on the starting blocks.