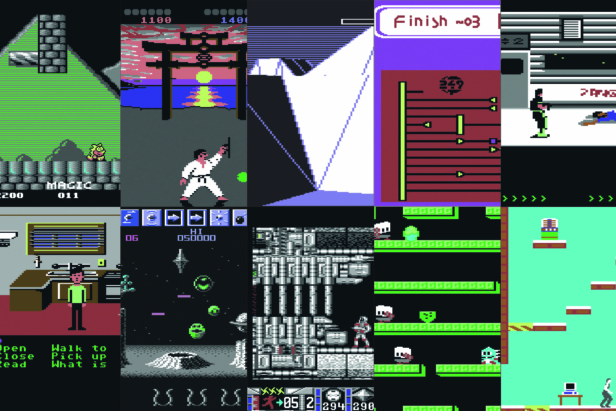 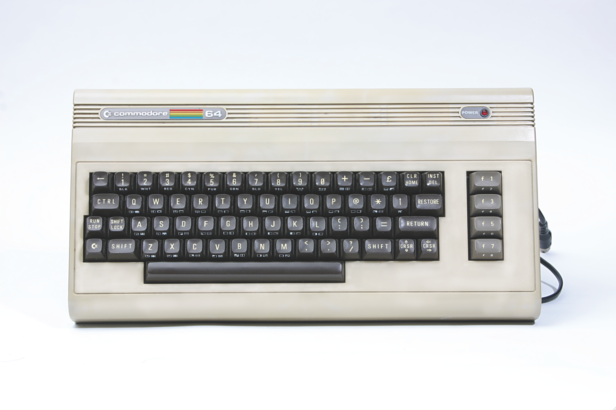 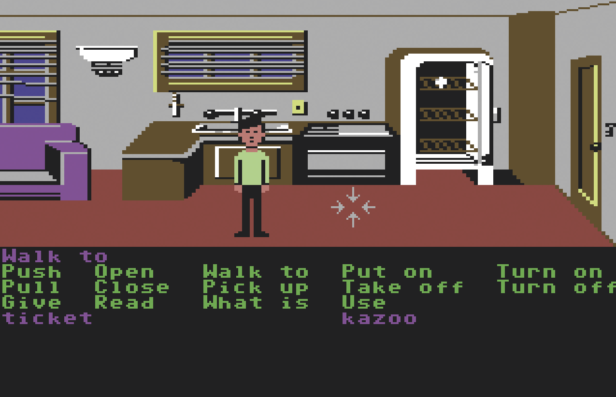 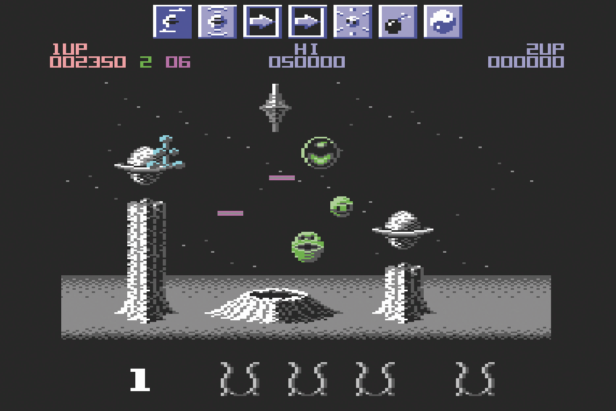 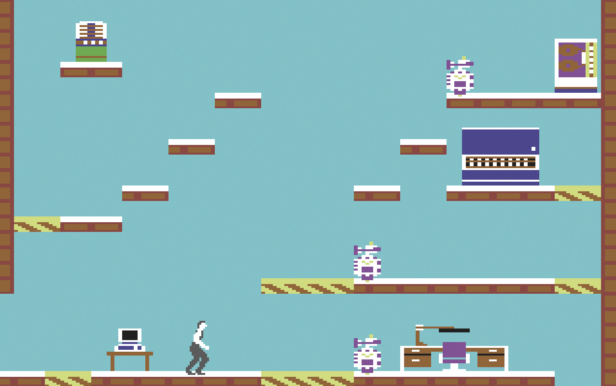 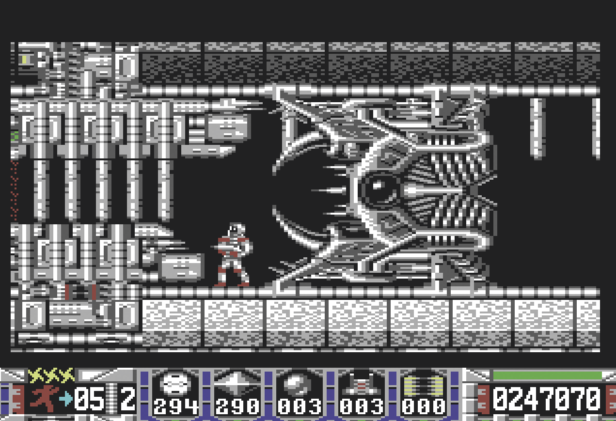 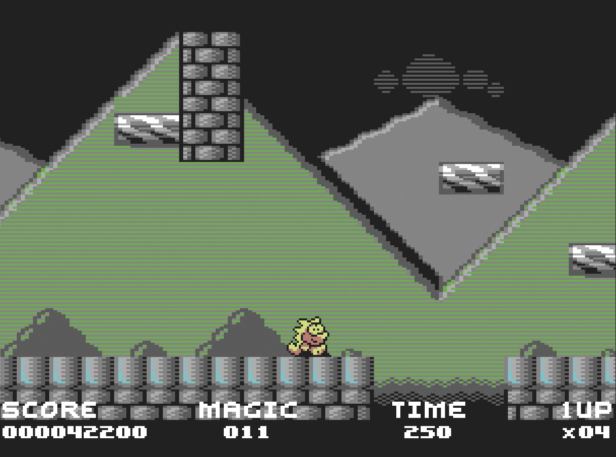 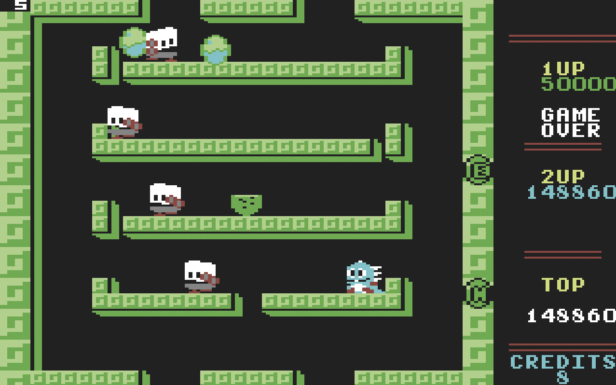 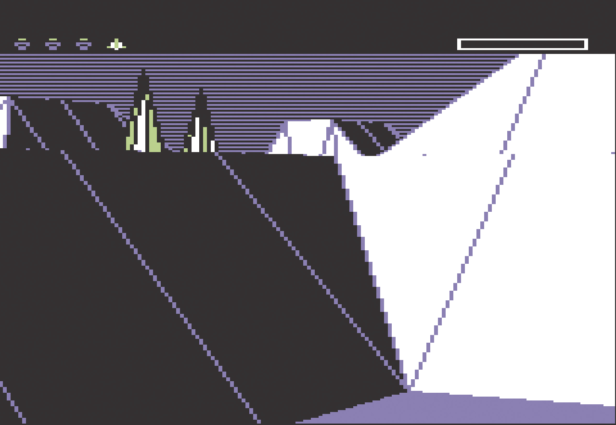 It’s incredibly hard choosing just ten premium games for Commodore’s 8-bit machine, mainly because it has so many incredible gems on it. We’re worked hard to narrow the list down though, so take a look at it and tell us if we’ve got things right or wrong (we’ve got it right). The Sentinel
Released: 1986
Geoff Crammond’s name may be synonymous with racing games, but when he wasn’t pouring his heart and soul into his latest Grand Prix title, he was adept at turning his hand to all sorts of different genres, with The Sentinel being a perfect example of his handiwork. Haunting and with a meticulously designed game engine that gives a tremendous sense of scale and depth, Crammond’s Sentinel was one of the best strategy games on the C64 – although to be fair, it initially appeared on the BBC Micro – and even today offers a worryingly addictive challenge. Best of all, emulation means you no longer have to endure those lengthy screen loads. Lovely! IK+
Released: 1987
There had been previous games involving the slamming of bodily appendages against each other, in a sweaty contest of stamina and skill, but it was Archer Maclean’s IK+ which was first to ménage-à-trois with the concept – metaphorically speaking. It revolutionised the mechanics of games like Way Of The Exploding Fist and Karate Champ, and also incredibly well on the humble C64. Music was by Rob Hubbard and while there was only one background, it was filled with many clever Easter Eggs (those joyous bonuses you could spend months discovering). The fluidity of control made it easy to initially play, but this was backed-up by a complex system which rewarded continued practice. A classic. Bubble Bobble
Released: 1987
There have been plenty of classic coin-op conversions on Commodore’s mighty 8-bit, but Bubble Bobble ranks as one of the best. From its cute, vibrant – if slightly squashed looking – visuals to the outstanding, bouncy music, the C64 perfectly captured the spirit of the original arcade hit and proved to be the perfect game to show-off to your Spectrum and Amstrad owning mates. It might not feature all the secrets that appeared in the original arcade game and having to press up on the joystick in order to jump is no substitute for a proper fire button, but if you’re looking for an extremely competent conversion of a classic arcade hit, look no further. A superb conversion that shouldn’t be missed. Mayhem In Monster Land
Released: 1993
There was no question of this not making the Top 10, what with it being regarded by many as the C64’s last great release both in terms of gameplay and sheer technical achievement. As most already know, it infamously used a “bug” in the graphics chip, which allowed entire screen scrolling and therefore much smoother and faster gameplay. Despite being a C64 title it has all the speed and tactile control you’d expect from an early 1990s platformer, which not only guarantees it a place here but also means it’s still great to play even today. Being a dinosaur and returning colour to the land has never been such fun. Turrican
Released: 1990
There’s an unwritten law in videogames that states: all C64 lists must feature at least one Manfred Trenz game. While many will no doubt argue that Trenz’s Turrican II is clearly the better game, we’ve decided to stick with the original, mainly because there was nothing quite else like it when it first appeared in 1990. It may well have borrowed heavily from obscure coin-op Psycho-Nics-Oscar, but Trenz’s technical wizardry of Commodore’s machine simply blew us away, and it still manages to impress today.
Part platformer, part shooter, Turrican features incredible visuals, a stunning score by music maestro Chris Hülsbeck and some of the most frenetic gameplay around. It fully deserves every accolade that has been bestowed on it. Impossible Mission
Released: 1984
We featured a Making Of article on Dennis Caswell’s timeless classic in Issue 22, so by now all of you should have had a chance to experience this classic game. Impossible Mission was a perfect blend of joystick waggling dexterity (especially when avoiding the terrifying spheres of floaty-electric-death), and also tricky puzzles (many had problems with the final password-piece assembly). Although its premise of searching furniture (to find those elusive passwords) and avoiding robots may sound nauseatingly simple, it made for a game, which was easy to get into but difficult to put down. Although ported to several other systems, for us the C64 original is still the best version. Paradroid
Released: 1985
Ask any C64 owner to name their favourite games, and chances are that this superb effort from Andrew Braybrook will almost always make their top five. Taking control of a weak prototype droid, your aim is to simply clear each boarded spaceship (of which there are eight) of its out-of-control robots. While your droid is woefully underpowered (even Dusty Bin could have it in a scrap) it does retain the unique ability to transfer itself into any available droid (albeit for a limited amount of time). This enables it to take out the ship’s more dangerous foes (via a charming mini-game) and adds an interesting play mechanic. With its subtle blend of strategy and blasting, Paradroid deserves to be in every C64 owner’s collection. Wizball
Released: 1987
Playing Wizball was a rites of passage for many Commodore 64 owners and became more than ample ammunition for those who wanted to taunt their CPC and ZX Spectrum owning peers. Insanely smooth scrolling, a scintillating soundtrack from the always dependable Martin Galway and its slick blending of genres means that Wizball will forever remain within the higher echelons of Commodore 64 classics. It might well have taken a while to get used to your ball’s incessant bouncing, but once you finally mastered it and collected a few power-ups Wizball’s true identify and depth are revealed. Quite possibly one of the most beautifully crafted C64 games that you’ll ever have the privilege to play. Project Firestart
Released: 1989
Many games claim to have pioneered the survival-horror genre but, while others came before it, Project Firestart is one of the very best and is still supremely enjoyable today. Your task is to dock with a research vessel in space and find out why there’s been no communication. From the start, when you see the body of a dead crewmember who has written the word “danger” in their own blood, you know it’s going to be an incredibly tense mission with plenty of twists and turns. Throughout the ship are mutilated bodies, log reports, even a survivor; then you encounter the terrifying invisible enemies, which randomly appear. Multiple endings guarantee regular returns to that hellish place. Zak McKracken And The Alien Mindbenders
Released: 1988
It’s only fair to list one of Lucasarts’ excellent games. But we can already hear a great disturbance, as if millions of voices suddenly cried out in terror, due to our choice. Yes, we could have listed Maniac Mansion, but everyone knows Maniac Mansion. Zak McKracken is arguably just as good, and the journalistic setting struck a chord in the office. Traversing the entire globe Zak encounters aliens disguised with Groucho Marx style nose-glasses and cowboy hats. Throw into the mix wacky sidekicks, a bus which travels to mars, plus some bitingly witty newspaper headlines, and you have one hell of a crazy adventure.