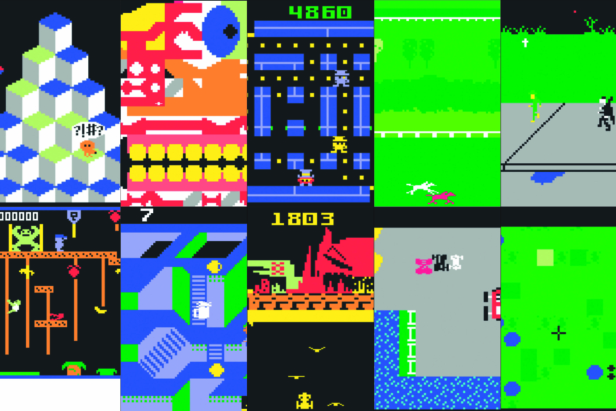 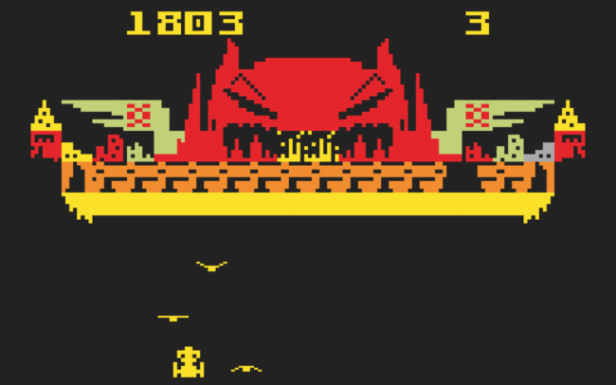 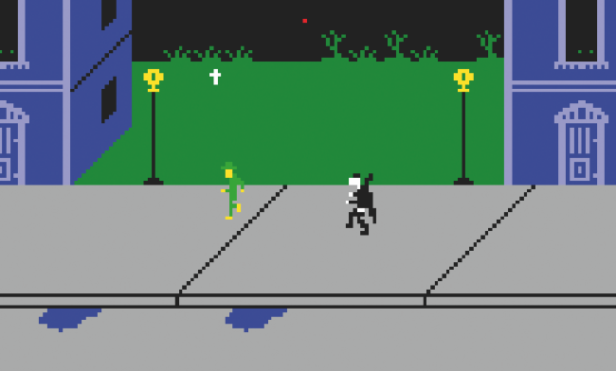 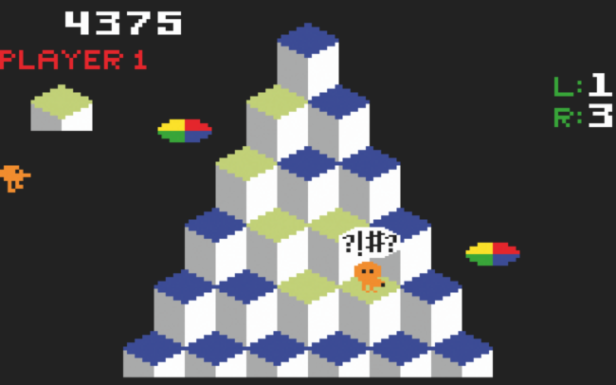 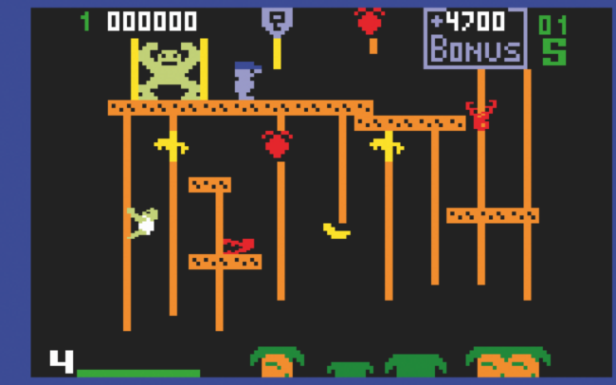 The Intellivision often gets criticism due to its unusal looking (and admittedly clunky) controller, but it’s actually a powerful little console, sporting a good range of arcade conversions and exclusives. Don’t believe us? Then take a look at the following favourites, which easily gave the Atari 2600 a run for its money. B-17 Bomber
Released: 1982
A rather neat little game this one. B-17 Bomber has you playing the role of a steadfast pilot whose job it is to take out various Nazi targets across mainland Europe by (ironically) waving a black cross over them and pressing a button to release your bombs. Yes, the idea of B-17 Bomber might sound silly and a bit simplistic, but the game was pretty innovative for its day, and it doesn’t look too shabby either. The most novel aspects of B-17 Bomber are the multiple camera angles that could be accessed brilliantly by turning the dial, and the scary inhuman warnings that crackled from the Intellivision’s pant-destroying voice box peripheral that warned you of upcoming hazards and targets that you had to eradicate. Donkey Kong Jr
Released: 1983
Given that the Intellivision version of Donkey Kong was considered – after first viewing by Mattel – to be an attempt by Coleco to try to sabotage its machine, it wouldn’t be unfair to say that there wasn’t a lot riding on this game being anything other than another botched assassination attempt. However, surpassing the original in every way, DK Jr is a colourful and smooth Intelli title that shows what the machine is capable of. So Jumpman looks like a Smurf, Kong like Swamp Thing and DK Junior that ‘munkey’ from Johnny Vegas’s ads, but nonetheless there’s still some faithful arcade gameplay to be found lurking in here. Diner
Released: 1987
The Intellivision is renowned for its appetite for tasty arcade conversions and while Burger Time can stand tall as one of its tastiest looking, feeling and… erm… sounding, Diner – it’s Intelli-exclusive unofficial sequel – just edges its way onto this list. Smooth feeling and gorgeous looking, thanks to its brilliant faux-3D look, Diner had you help something that looks like the Pillsbury Doughboy make a sub sandwich by kicking things that are referred to as ‘Food Balls’ into a large roll at the base of the screen. To make sandwich prepping more hazardous, you also had to avoid the deathly touch of frankfurter guys, animated bananas and frothy cappuccinos (or are they ale tankards?) by peppering them with pepper spray. Lock ‘N Chase
Released: 1982
This port of Pac-Man is brilliant, far better than the atrocious 2600 port. Now it’s important to mention that Lock ‘N’ Chase isn’t necessarily better than Pac-Man, but it provides a novel twist on the gameplay ethos and it was native to the machine, too. Lock ‘N’ Chase has you playing a colourful bank-robbing tomato who must avoid capture by a patrolling group of primary coloured police. It is a little more claustrophobic than Pac-Man and feels more frantic, but to make evasion easier you had the advantage of being able to close doors behind you to slow down the law enforcers. Q*bert
Released: 1983
For arcade faithfulness this is probably as good as it got for the Intellivision, and there’s no shame in that because Q*bert is a tour de force for the machine. While it’s not without its faults and niggles (like forcing you to press the reset button every time a game ends) what’s here looks, feels and plays a lot like the arcade machine. Excelling in the audio and visual department, fans of the arcade will come to appreciate how Parker came to wholesale nearly all of the elements and enemies from the arcade game for this home port while somehow not making the game look like a poorly decorated Christmas tree. Bump ‘N Jump
Released: 1982
Another quality arcade conversion that might look a little incredulous, but it somehow remains pretty faithful to the original. Gorgeous looking and great fun, Bump ‘N’ Jump is a colourful riot of racing. The game has you bumping and jumping onto opposing cars, clearing overpasses in the track and tacking in some incredibly sunny looking visuals (that change with the seasons) to rescue your kidnapped gal. The game’s music and sound effects are also sublime and suit the look of the game brilliantly. So if you’re a fan of Data East’s early jostle racer then you’ll find a lot to like in this impressive Intelli version. Dracula
Released: 1983
Okay, here’s another game that makes it onto our list because it’s well loved by collectors and is exclusive to the machine. The first thing that strikes you about Dracula is how great it looks; the second is how much depth and interaction there is. The idea is simple; you play the titular Prince of Darkness and must avoid a biting by patrolling werewolves and gorge on the necks of townsfolk before sunrise. You could turn yourself into a bat, turn street denizens into zombies (and control them with the second pad) and play knock-door-run and watch the homeowners do all the running. Nothing complicated here, but what there is is presented brilliantly. Microsurgeon
Released: 1982
We admit this isn’t one of the best games on the machine, but for its day it was certainly post modern. This hideous screenshot is how you’d look had you played the part of Jennifer Jason Leigh in The Hitcher. It’s your internal organs spliced in half and painted in the style of epilepsy, and it provided the backdrop for Microsurgeon. You play a tiny probe swimming through gastric acid and organs to repel infections, disease and tumours. As you free roam the body, cleverly travelling through the blood stream makes you move quicker. Given its slow pacing, the game itself isn’t amazing, but its uniqueness makes it popular among collectors. Demon Attack
Released: 1982
This was a really difficult decision; it was a toss-up between this and Defender. Both are fantastic games, both tear shreds into the Atari ports (especially Defender). However, Demon Attack just pips it to the post. Why? Well just look at it. It’s a beautiful looking version, it has detailed backdrop graphics of the moon’s surface and the Earth in the distance (giving us a nice reminder of what it is we’re actually fighting for). The most notable extra the Intellivision port had over the Atari version, however, was the inclusion of the arcade game’s impressive mothership; a gargantuan demonic-looking base that manages to smother half of the screen, it proves an epic foe to topple and looked amazing. Horse Racing
Released: 1980
A fantastically quirky game, Horse Racing does exactly what it promises to do: allow you to bet on horses. And unless you’re a betting man (or woman) that might sound as appealing as running into traffic, but like a lot of these Intellivision games we’re finding that when you actually scratch at their surface they’re usually fantastically well put together, and Horse Racing is one such title. In its heart it’s probably best appreciated as a multiplayer game, it’s essentially one of those Kentucky Derby machines you occasionally see hanging out with the 2p machines in the arcades. You and six pals can have a flutter on the ‘gee gees’ and even get to try to influence the result with the aid of some severe whip-lashing. Great fun.