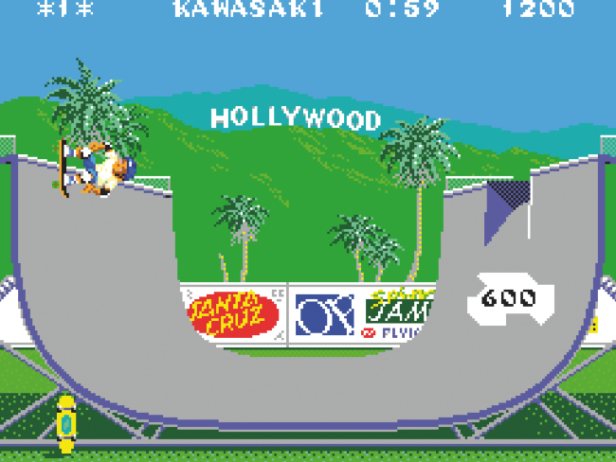 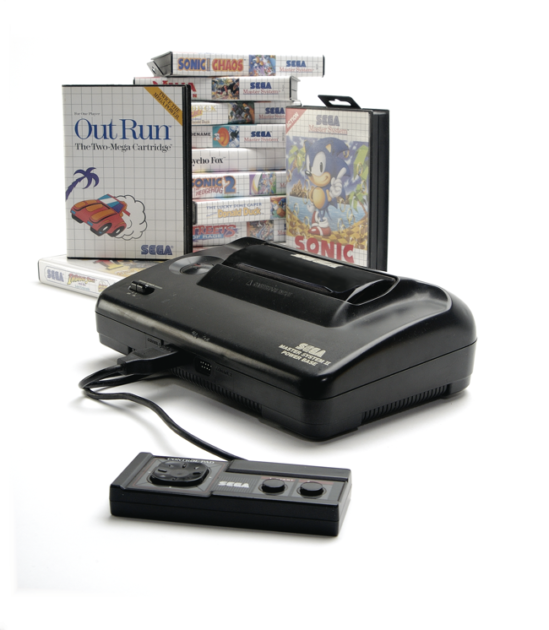 Sega’s 8-bit console gets a bad rap with most gamers, as many, particularly in America, grew up with the NES. Those gamers missed out however, as there are some stunning games on the Master System. Don’t believe us? Then look at these ten beauties. Psycho Fox
Released: 1989
It’s not the greatest platformer ever made, but it was one of the few Master System titles that became synonymous with the system. And any game about a fox battling a god has to make it on to some kind of list. Apparently the prequel to the awesomely entitled Magical Flying Hat Turbo Adventure (which later became known as DecapAttack in the West), Psycho Fox is a wonderfully vivid platform adventure that’s quite a bugger to master. Boasting Mario-style warping and the funniest attack in any videogame ever; a punch which looks a little like Psycho Fox is continually getting enamoured and knocking things out with something that resembles a hairy slowworm chewing on an apple. We’ll let you guys fill in the blanks. Operation Wolf
Released: 1990
Taito was faced with the very difficult decision of which direction to steer this project in. It could either take the veterinary-arcade simulator route with an emphasis on saving wolves, or create a game about one man with a gun taking on a coconut shy of angry soldiers while helping to liberate terrified hostages. Taito decided to roll with the latter option – the correct decision, we reckon. With the Master System’s chunky Light Phaser controlling your shooting and a second pad providing the trigger for your grenade attacks, playing the game while sitting on a tumble dryer – thus replicating the sensation of the arcade cab’s recoil – all made for a really great home conversion of this warfare classic. Quite possible the Master System’s finest arcade conversion. Alex Kidd In Miracle World
Released: 1986
The coolest videogame character ever was doing the heavy-fringed, shell-suited look long before the words ‘our’ and ‘kid’ were annoyingly put together. Living inside the Master System II, this game would be hailed as the greatest freebie in videogame lore (until Christmas NiGHTS was given away with a magazine), and by default became the console’s quintessential platformer. Big-fisted Alex Kidd must traverse imaginative worlds to compete in the Paper, Scissors and Stone World Cup. He’s up against competitors that have had intense plastic surgery to make themselves look like a piece of paper, a pair of scissors and a fleshy rock, in the hope it will give them an edge in the competition. Jerks. California Games
Released: 1987
The 8-bit consoles weren’t really renowned for their fantastic sporting titles, and the Master System had some of the worst examples on any system. If anyone has ever been unlucky enough to play any of the machine’s ‘Great’ series of sports titles (Great Football, Great Soccer, Great juxtaposition of the word Great) you’ll know exactly where we’re coming from. And don’t even get us started on Basketball Nightmare.However, you may well remember the Earth tilting slightly on its axis after the release of Epyx’s brilliant California Games. While playing through the game’s six events had a tendency to make you feel like one of those annoying kids from Saved By The Bell, in its own goofy way it offered a nice slice of sun-kissed sporting action, and it looked fantastic to boot. R-Type
Released: 1987
The force is strong in this conversion. Irem’s classic side-scrolling blaster is still one of the finest examples of the genre. Apart from the annoying flickering of the enemy characters, the Master System port offers an incredibly faithful reproduction of the game’s stunningly bleak Giger frames and its myriad of bullet-spewing enemies. R-Type is teeming with memorable sections, but arguably the most iconic is the encounter with the game’s first boss, Dobkeratops. When those lights faded and you encountered death’s alien glare in the form of an ugly looking giant shrimp, you knew those Bydo boys weren’t the type of evil intergalactic federation to just roll over and hand you the keys to their demise. A utterly fantastic conversion that even boasts its very own secret level. Baku Baku Animal
Released: 1998
Yes, it’s another tried and tested take on Tetris, but Sega’s excellent Baku Baku Animal was a puzzle game that finally gave those faceless regimented sprites a touch of character. The falling tiles were made up of either types of food or animal faces, and the aim was to simply bunch the falling groceries together and get the corresponding animals to consume them. So the dogs were grouped with the bones, the monkeys with the bananas, the rabbits with the carrots and the pandas with the, well, we’re sure you get the idea. It’s an incredibly enjoyable little puzzle game that is also extremely addictive. It certainly cocks a leg and whizzes over the Mega Drive yawn-fest that is Columns. Arguably the Master System’s best puzzler. Wonder Boy III: The Dragon’s Trap
Released: 1989
Regarded as the best in a long and highly convoluted myriad of multi-titled games, Wonder Boy III: The Dragon’s Trap was another addition to this stable of run-’n’-jump-cum-adventure-type outings. This one is the most finely tuned in terms of gameplay and despite its length it somehow maintains a great pace throughout. Within its first few minutes you enter a castle, blind some cyclops, uncover a strange dungeon and battle a dinobot that turns you into a dragon with its last dying breath. After that you’re turned into a variety of different animal, which gradually allows you to explore the huge game world. A great adventure that ever Master System fan needs to own. Prince Of Persia
Released: 1989
You have 60 minutes to find a way through this Persian rat-maze to try and stop the evil Grand Vizier Jaffa from marrying your girlfriend and fooling around with her on a giant, rotating heart-shaped bed. This will be no easy feat, however, as the route is precarious and the pitfalls are plenty. But with a game so fluid and colourful, seeing your Arabian protagonist drop a thousand feet and hit the ground like a sack of potatoes was one of the most charming-looking deaths on the Master System. This conversion – like all the rest – looks great. The only bad point to be found is the Master System’s doughy D-pad isn’t really a fan of precision. It’s still a cracking platformer though and is arguably one of the greatest on the System. If only it wasn’t so hard. Phantasy Star
Released: 1988
Sega’s freshman RPG epic would smite its first winged-eyeball on the Master System. There’s a tiring amount of features, strategy and powering-up in the game, and the 3D tunnel effects were dazzling. Phantasy Star was a more than worthy sparring partner to Miyamoto’s prevalent Zelda and Square Enix’s Final Fantasy series, mainly because it chose a setting that was instantly at odds with the generic fantasy worlds of Zelda and Final Fantasy. It’s a beautifully constructed game, boasting a fantastically epic planet-hopping storyline polarised around one girl’s quest to seek revenge for the untimely death of her nosey brother. However, unlike Sega’s sophomore retribution epic, the original Phantasy Star doesn’t pick up its football and disappear home in the 89th minute. Sonic The Hedgehog
Released: 1991
Up, down, left, right, A, B, C, Start, sadly proved impossible to perform on the Master System’s cumbersome control pad, but the most well-known level-select cheat ever wasn’t the only thing that was altered for the Master System port. Due to the graphical 8-bit chasm that presented itself, Sonic’s first (and second, for that matter) outing on the system was a complete redux of its 16-bit sibling. However, the Master System version was all the better for it and proved to be a stunning platformer in its own right. It also meant that those who owned both a Master System and a Mega Drive would be treated to two slightly differing classic Sonic adventures. Now surely that can only ever be seen as a very good thing?