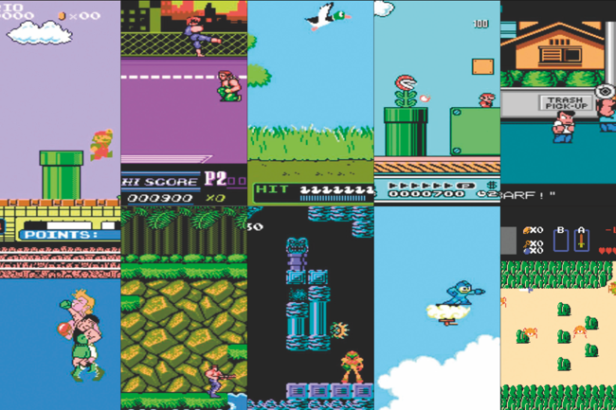 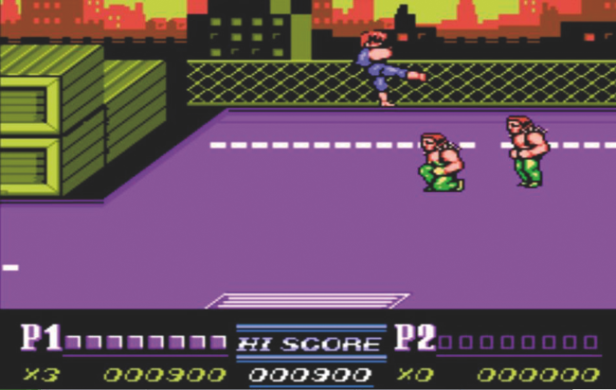 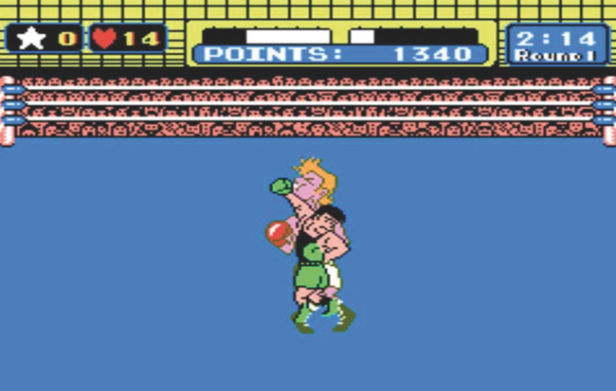 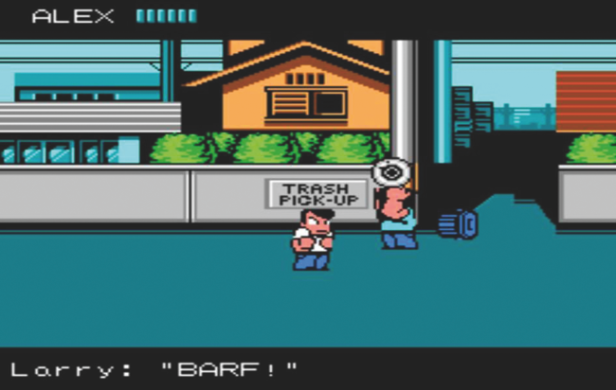 Nintendo’s 8-bit console birthed a staggering amount of popular franchises and remains one of the company’s best selling consoles. With so many games released it’s a hard task to put aside ten favourites, but we’ve managed it and feel these to be the first port of call for any new NES owner. Duck Hunt
Released: 1984
Billed as the quintessential game for the clunky NES Zapper, Nintendo’s repetitive duck-murdering simulator allowed gamers to test their aim with the aid of canine-cohort, Mr Peepers. It was his job to startle a ball of petrified feathers into the air and yours to sight them in your pistol’s crosshair. You had three shots per target and the later levels, which included infinitesimal clay pigeons, called for either a swift dead-aim or the cowardly act of pressing the gun barrel against the television. The game had a neat feature, which allowed duck-welfare enthusiasts to control the direction of the fleeing birds with a second pad and save them from a good buckshot stuffing.

Super Mario Bros
Released: 1985
It was the block punching, pipe-travelling exploits of two Italian plumbers that finally administered the medicine to the videogame crash’ of the Eighties, ridding it of the noxious Martian antibodies of Atari’s ET. Shigeru Miyamoto knew how to conjure up golden game icons and the Mario Bros are two of his most prolific. Placing the plumbers into a daring princess/mushroom rescue mission, inside a vivid, smooth-scrolling fantasy world, the game pioneered concepts such as level warping and head stomping. Super Mario Bros encapsulates everything that makes a game timeless: catchy theme, fluid gameplay, iconic characters and a hot princess. River City Ransom
Released: 1985
Punch-bags meet sick-bags when Alex and Ryan receive a note from evil crime-lord Slick informing them their city is being held to ransom and Ryan’s girlfriend has been abducted. Welcome to River City, a place of tongue-in-cheek humour, cartoon violence and hard-up vomiting freshmen. Using anything they can lay their fists on, our protagonists set about the streets fighting through Slick’s army of students. Their strategy: force them to ‘barf’ and pocket their loose change. River City’s unique fusion of a scrolling beat-’em-up and a subtle RPG make it a superlative NES classic. Megaman 2
Released: 1988
Don’t let Megaman’s mountainous energy bar fool you, trying to finish Megaman 2 is like trying to stay alive without any kidneys. This is an unforgiving platform blaster where each level demands pinpoint precision and patience. The order in which you blast through Dr Wily’s levels is up to you, but don’t think you can use the easier stages to stockpile lives. Each level houses a bionic-boss whose special power can be acquired. These abilities give Megaman an advantage over another boss, so choosing your route through the game was how you maintained a healthy blood pressure.

Punch-Out!!
Released: 1986
Nintendo’s port of its popular Eighties arcade puncher was somewhat lost in translation when it appeared in its 8-bit glory. The arcade’s transparent fighter was omitted and in his corner stood a pale, pint-sized pugilist on a mission to topple heavyweight hard-man, Mike Tyson. It quickly collected acclaim for its accessibility and colourful roster of cartoon boxers who were forced to sop up each blow of the games trademark playability. The NES homes the finest version of Punch-Out!!, still managing to pack more punch than its technically enhanced SNES sequel and arcade counterpart. Super Mario Bros 3
Released: 1990
Mario’s goodbye gift to the NES is a marvel. It encapsulated all the qualities of the first game while introducing new elements now seen as essential to the series as Mario’s flat cap and black moustache. Super Mario Bros 3 incorporated sub-bosses, multiple routes and mini-games, while embracing the notions of secrets and level warping. In fact, the game’s so great, millions of Americans stood in unity to create a large image of his head using colourful T-shirts. Visible from space, it was a warning to ET to never release another game on our planet. Metroid
Released: 1986
Long before Ms Croft raided her first tomb there was another tough female playing a central role in an iconic franchise. Donning unflattering yellow armour and forced to wear a red spaceship on her head, you really couldn’t tell whether Samus Aran was man, woman or beast. But one bash of the B button, sparking her elegant flip, gave us all the proof we needed. Metroid is a landmark NES title, the space shooter introduced password saves, non-linear levels and multiple endings. Its dark, menacing setting housed some truly freaky inhabitants, and the Giger-style levels really helped emanates a bleak, lonely atmosphere from inside the grey box. Contra
Released: 1988
It must be written into our genes that when visited by an alien it’s customary to either destroy them or try to adopt them. Mario Bros on steroids, the homeport of Konami’s arcade hit Contra is considered to be the finest run-and-gun on the NES. It tells the story of two marines who are assigned the mission of welcoming an alien species by unloading an ungodly amount of ammunition into their deformed domes. The game presents some inspired character and level designs, the most memorable being the breach of an alien base, which switched the perspective from a side-scrolling blaster to a Cabal-style shooting gallery. Double Dragon 2 – The Revenge
Released: 1989
Taking on a darker tone than its predecessor, Double Dragon 2 still follows the theme of the Lee brothers’ ill luck with the opposite sex. After their abducted girlfriend, Marian, is callously killed by Shadow Warrior, the brothers are forced into action. It’s widely considered to be the finest of the three Double Dragon games released on the NES, due to its intuitive controls. It also introduced a much requested two-player co-op option and iconic moves like the Whirlwind Kick and the Hyper Uppercut – which looked a lot cooler than Billy and Jimmy’s usual technique of pushing an enemy’s head into their groin. The Legend Of Zelda
Released: 1987
Sheathed inside a majestic gold cartridge, The Legend Of Zelda’s tale of a nefarious powermonger, an ensnared princess and an elfin boy, bound together by unlikely heroism, was a chameleon of game genres that pioneered open-ended gameplay. Link’s first quest not only popularised adventure games, it established pivotal precedents that spoke out to all platforms. It outmoded high-score tables by exposing a greater desire in gamers for exploration and completion, and encapsulated perhaps the most respected and well-loved games ever created. It was fathered by Nintendo with a proud tenderness and the NES was there to videotape the birth.