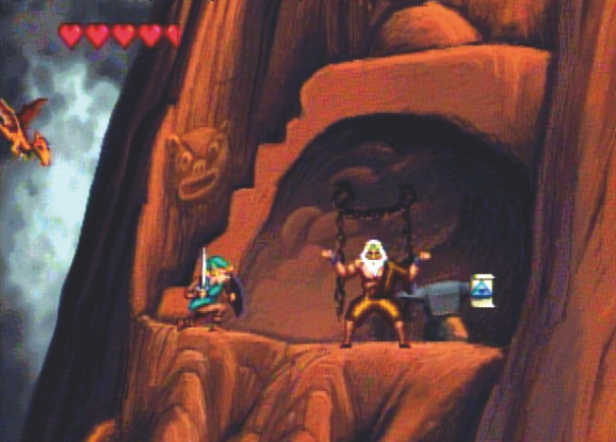 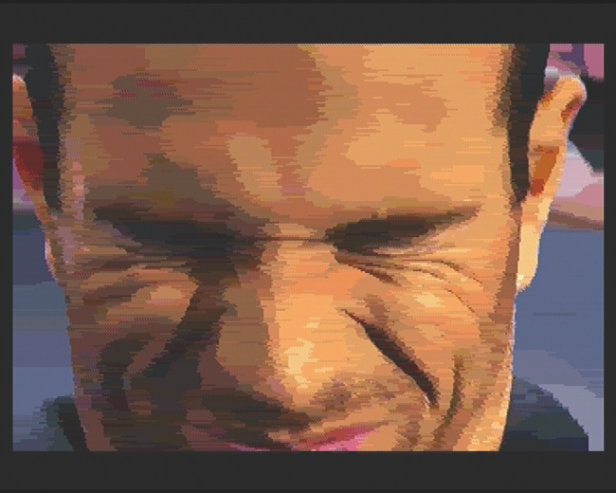 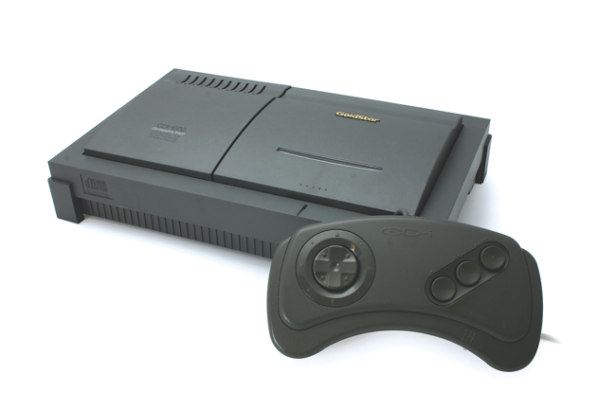 There’s no escaping the fact that the Philips CDi was not a popular console. It certainly has its place in history and there are plenty of interesting oddities available, but many people have steered well clear of it. If you are prepared to dive in though you’ll find it has a very interesting and diverse library. Here are our 10 personal favourites. Apprentice
Released: 1994
No top 10 is complete without a decent platform game; thankfully CD-i doesn’t disappoint offering The Apprentice as an instant classic. It’s hard not to fall in love with the cute cartoon animations as you control Marvin (the wizards apprentice) through six unique stages. Beautifully animated cutscenes, bonus levels and boss encounters only add to an already lavish production. If you were lucky enough to own the Digital Video Cartridge upgrade, the game featured improved sound effects – creating a rich diverse audiovisual treat. They even threw in a hidden mini-game of Space Invaders affectionately called ‘Marvinvaders’ not to mention those Game Over screens! Pac-Panic
Released: 1995
What is a conversion doing in this section, we hear you cry? It’s simply the best version we’ve played, lovingly recreated with a glorious 256 colour palette. With standard, puzzle and two-player modes, there’s plenty of replay value to be had. Although many were left bemused by the animated menu system, which looked like regional savings to us, this shouldn’t detract from the superb conversion as the team from ADS show how a conversion should be done. Plunderball
Released: 2002
It’s pinball Jim but not quite as we know it! If we described it as pinball fused with Wing Commander you’d have a rough idea of what to expect. Alongside typical pinball elements such as drop targets, bumpers and alleys, Plunderball also features video lock wells. Once activated these show brief video clips of the storyline with hints on how to progress through the table. This serves as nice decoration but what really makes this game shine is the solid and thoroughly playable pinball physics. It’s even more staggering to learn that this was saved from oblivion thanks to the retro publisher Oldergames, which released three CD-i titles alongside Plunderball in 2002. Hotel Mario
Released: 1994
Forget what you’ve read or seen about Hotel Mario. This is a brilliant multi-tiered platform romp, which feels like the old school style of gameplay from Mario’s first appearance in Donkey Kong. But instead of jumping barrels and climbing ladders, Mario is thrust into various themed hotels where traversing elevators and shutting all the doors is key to success. With Koopas, Goombas and Wrigglers to contend with, this is no easy challenge. Simple, effective gameplay and surely that’s what a Mario game is all about. Terrific use of the Nintendo licence and well worth a second chance! Brain Dead 13
Released: 1997
To those bored of the Full Motion Video adventure created by Dragon’s Lair and its ilk, Brain Dead 13 is a refreshing alternative. An FMV game with infinite lives and infinite ways to die! It’s just as well with a half-human half-pet called Fritz and his assortment of weapons baying for blood! With multiple paths there’s plenty to explore offering a furious action adventure game. All the splendour of the enhanced Digital Video from CD-i makes this a real treat. Burn Cycle
Released: 1994
The mere mention of CD-i gaming to most retro rebates should bring Burn: Cycle to mind. It was the poster child of Philips Media Games and its debut on CD-i provided the system a much-needed boost. Fully digitised action sequences set in a surreal 3D cyber punk environment coupled with an intriguing storyline, make this an enduring adventure. Filled with puzzles, shooting sections and character interaction there was plenty of variation. The European release came in an embossed lime green case with an excellent soundtrack CD. It appealed to a core gaming demographic that CD-i had never reached before. Ram Raid
Released: 1996
Criticised for lacking processing power, it was astonishing to find the technically demanding genre of FPSs on CD-i. But that’s what the creative force of Philips ADS and PRL pulled off. The game was called Ram Raid. They not only developed an FPS, but also integrated online capabilities with a competitive scoreboard, and downloadable content. Both components were to provide a killer application for the CD-online service. Best of all, it was free! At least to CD-online subscribers. The game was also distributed as a covermount on CDi magazine for all to enjoy. Mutant Rampage: Bodyslam
Released: 1994
There’s one thing you can be sure of: CD-i games never follow the typical blue print of a genre. Mutant Rampage might look like a Double Dragon clone, but it’s a far more imaginative brawler. It’s set in a post-apocalyptic vision of Earth, where cybernetic technology has advanced and blurred the line between man and machine. This vision and art direction is highly polished, complimented by a superb soundtrack. Digital video animation interludes courtesy of the Bodyslam host L.Wolf Jam serve to taunt and reward, creating a vibrant world. Omission of a two-player mode is the only missed opportunity. Secret Mission
Released 1996
We could have listed The 7th Guest but it’s this charming adventure game that really deserves your attention. It’s the Fifties and you find yourself in the Indo-Chinese country of Opalia, a hot spot in the cold war. Conveniently awaking in a hotel with amnesia (the crux of many an adventure) you soon become embroiled within Secret Mission’s political intrigue and mystery. Exploring the detailed world of Secret Mission is a delight with some spectacular, vivid animations breathing life into the varied locations. Although navigating this world proves a little cumbersome at first, this is a small concession for the finely honed, clutter free user interface. This is one spy thriller worth further investigation. Link: The Faces Of Evil/Zelda: The Wand Of Gamelon
Released: 1993
It’s been said before, but it has to be said again. The two sidescrolling games, Link: The Faces Of Evil and Zelda: The Wand Of Gamelon, are astoundingly good. Ignore the lies perpetuated about these Nintendo-licensed adventures since, although they aren’t strictly canonical, the sense of exploration and gradual empowerment (via Metroidvania-style item acquisition) is exhilarating. The Russian-made cinemas may have been low-quality, but the gameplay designs, music, and Monet-esque background art were all superb. Give them another chance and play with an open mind, since there are some great games trying to break out. Oh, and stay away from the third, top-down Zelda’s Adventure title – now that was dire.